Chronic obstructive pulmonary disease (COPD) is a progressive lung disease that makes it hard for people to breathe. It happens when airways are narrowed because of an ongoing inflammation and mucus production. As a result, the lungs are unable to take in enough air.

COPD is a serious condition. If left untreated, it can lead to further complications such as pneumonia, heart failure, and even death.
Fortunately, there are treatments available to manage the symptoms and slow down its progression.

Here’s everything you need to know about COPD: its risk factors, symptoms, management, complications, diagnosis, and treatments.

What are the risk factors for COPD?

There are a number of risk factors that can increase the likelihood of developing COPD. These include:

Age: COPD is a disease that is most common among the elderly. People above the age of 60 are more likely to develop COPD.

Genetics: Certain genetic factors can raise your risk of developing COPD. Examples of such genes include the alpha-1 antitrypsin deficiency and the G-19 genotype.

Smoking: Smoking is the single most preventable risk factor for COPD. Not only does it increase the risk of COPD but also leads to other significant health conditions like lung cancer and heart disease.

Poor health: People with Poorly controlled diabetes, obesity (or being overweight), poorly controlled high blood pressure or with lack of physical activity are at high risk of developing COPD

COPD’s symptoms can develop gradually over time, so it’s often not easy to realise that you have the condition. The following are some of the most common symptoms of COPD:

Shortness of breath: This is the most common symptom of COPD. When an individual has COPD, they will find it harder to breathe in and out. This is because their lungs have become weaker and have less capacity to take in oxygen.

Coughing: A dry cough that is frequent and persists for a long time may be a sign of COPD.

Wheezing: This sound is a sign of airways being narrower, which is a hallmark of COPD.
Bloating: People with COPD tend to feel bloated, especially in the abdomen. This is due to the extra effort of breathing and taking in less oxygen.

Feeling tired or weak: If you feel very weak performing the day to day tasks along with other symptoms this could be a sign of COPD.

Worsening of symptoms: when exposed to cold air, exercise, or when in a stuffy or humid environment

If you experience any of these symptoms, you should see your doctor as soon as possible.

There is no specific test to diagnose COPD.A diagnosis of COPD requires several tests and procedures to rule out other diseases with similar symptoms.

These tests include a clinical exam, spirometry which involves blowing into a large tube connected to a small machine to determine how much air your lungs can hold and how quickly you can blow it out.

Other tests include lung volume and diffusing capacity measurements, a six-minute walk test, and pulse oximetry.

Computerised tomography (CT) scan. A CT scan of the lungs can reveal any abnormalities. It can also detect infections, lung cancer, blood clots, and other diseases that mimic COPD symptoms.

Methacholine challenge test. This test is used to confirm or rule out asthma. It assesses how your airways react to a specific substance that causes narrowing of the airways. This test is frequently recommended for people who have a high suspicion of COPD but no definitive diagnosis.

COPD can cause a wide range of complications, including worsening lung function, breathing difficulties, heart and circulation problems, cognitive impairment and more.

Pulmonary Infections: COPD patients are more susceptible to colds, the flu, and pneumonia. Any respiratory infection can make breathing difficult and cause further damage to lung tissue.

Prevention is essential. Consult your doctor about which vaccines you should get. Some are for pneumonia, while others are for illnesses that can increase your risk of pneumonia, such as the flu and whooping cough. Wash your hands frequently to avoid catching germs.

Heart Problems: Low blood oxygen levels can cause clogged arteries and increased blood pressure in the blood vessels that connect your heart to your lungs, as well as within your lungs. This can put a lot of strain on your heart, causing it to work harder than it needs to. It may progress to right-sided heart failure, a permanent condition in which your heart is too weak to function properly.

Heart failure is also very common in COPD patients. According to research, 20-70 percent of people with COPD develop heart failure.

Sleep problems: COPD symptoms can cause you to wake up during the night, making you tired during the day. Sleep apnea, a condition in which you repeatedly stop breathing while sleeping, is even more serious. The pauses, combined with low oxygen levels, could aggravate your COPD.

Thinning Bones (Osteoporosis): People with COPD are more likely to develop osteoporosis. They are frequently smokers, take steroids, have difficulty getting enough bone-strengthening exercise, and may be deficient in bone-building vitamin D.

Brittle, weak bones are more prone to breaking. And taking a break will keep you from doing anything.

Depression and Anxiety: At least one out of every ten people with early COPD suffers from depression or anxiety, and the number rises as the disease progresses. Medication, exercise, and even music therapy can all help.

Work on self-care skills with your doctor or therapist as well. People who solve problems perform better physically and emotionally than those who ignore health problems.

Lung Cancer: COPD increases your risk of lung cancer because both conditions share the same risk factor: smoking cigarettes. And, if you do get it, the outcome after diagnosis and treatment is usually worse than in people who do not have COPD.

Tobacco use harms your cells. Antioxidants and DNA repair mechanisms help your body fight back. When these fail, lung cancer develops.

The best treatment for COPD is prevention.

If you have been diagnosed with COPD, there are various options available to help you manage its symptoms and slow down the progression. These include:

Smoking Cessation: Smoking is the single most preventable risk factor for COPD. If you currently smoke, quitting is the best thing you can do for both your general health and COPD. Quitting smoking is very challenging, but it is possible with the help of a doctor or a support group.

Controlling Your Weight: Excess weight places extra stress on the lungs. If you already have COPD, this can worsen the symptoms. Therefore, you should maintain a healthy weight to reduce the stress on your lungs.

Controlling Your Stress Levels: Stress can increase your risk of developing COPD. It can also worsen the symptoms of COPD, making it harder to control.

Treating the Symptoms of COPD

If you are diagnosed with COPD, there are a number of treatments that can help to alleviate the symptoms.

Corticosteroids – These medications can help to reduce inflammation in the airways, which will help to ease breathing, coughing, and wheezing. They also help in lowering mucus production.

Antibiotics – Infections of the lungs, such as acute bronchitis, pneumonia, and influenza, can exacerbate COPD symptoms. Antibiotics can help treat worsening COPD episodes, but they are not generally recommended for prevention.

You may be given a course of antibiotics to take at home as soon as you notice symptoms of an infection.

Theophylline(theophylline (Elixophyllin, Theo-24, Theochron)) – This medication relieves chest pain and shortness of breath. It may also aid in the prevention of flare-ups. It is commonly available in pill form.

Theophylline is an older medication that relaxes the muscles of the airways, but it can have negative side effects. It is not typically used as a first-line treatment for COPD.

Bronchodilators are medications that relax the airways. You inhale a mist containing bronchodilators, which allow you to breathe more easily.

A long-acting bronchodilator inhaler will be suggested if your symptoms occur frequently throughout the day.

These function similarly to short-acting bronchodilators but only need to be taken once or twice a day because each dose lasts at least 12 hours.

These are some examples of long-acting bronchodilators:

Combination inhalers include the following:

Oxygen Therapy
If your blood oxygen level is too low(hypoxemia), you can use a mask or nasal cannula to receive supplemental oxygen to help you breathe better. A portable unit can help you get around more easily.

It can help improve your symptoms, self-confidence, and emotional well-being, as well as how much exercise you can do before you get out of breath.

A typical programme would include:

● Walking, cycling, and strength exercises tailored to your needs and ability.
● Dietary recommendations
● Psychological and emotional support
● Educating you about your disease and it’s management

In severe cases of COPD, your doctor may advise you to undergo surgery. Depending on your condition and stage of disease, it could be any of the following.

Bullectomy: A bullectomy is a surgery that removes bullae, which are enlarged, damaged air sacs in the lungs.
Through small incisions in the chest, a surgeon will remove one or more bullae.

Lung Transplant: A lung transplant will not cure COPD, but it will help you control your symptoms and live longer. The surgery can be an effective means of improving survival, with some research indicating that more than half of COPD patients who receive a lung transplant survive at least 5 years.

COPD progresses at a different rate for each individual. COPD lung damage cannot be reversed once it has progressed, but by living a healthy lifestyle and seeking treatment as soon as possible, you can manage symptoms and feel much better.

COPD patients’ life expectancy varies from person to person. It is determined by how quickly your provider detects the disease, your overall health (including any other diseases you may have), and how you manage your treatment. Some people live for a long time after being diagnosed. Others who have more severe disease do not fare as well.

Aside from smoking, your prognosis is determined by how well you respond to treatment and your ability to avoid serious complications. Your doctor is the best person to assess your overall health and advise you on what to expect.

COPD is a serious condition that affects the airways and lungs.Don’t let it become worse because of your neglect.If left untreated, COPD can lead to further complications, such as pneumonia, heart failure, and even death.

Treatment for COPD is aimed at relieving symptoms, reducing the risk of complications, and prolonging life. COPD can be managed by seeing a doctor regularly and using medications to lessen symptoms. It is never too late to quit smoking.

Previous PostCOPD and Mental Health: Coping with the Invisible Wounds of COPDNext PostQ and A: Cardiac Rehabilitation – We Answer All Your Questions
0Shares
Chronic obstructive pulmonary diseasecopd 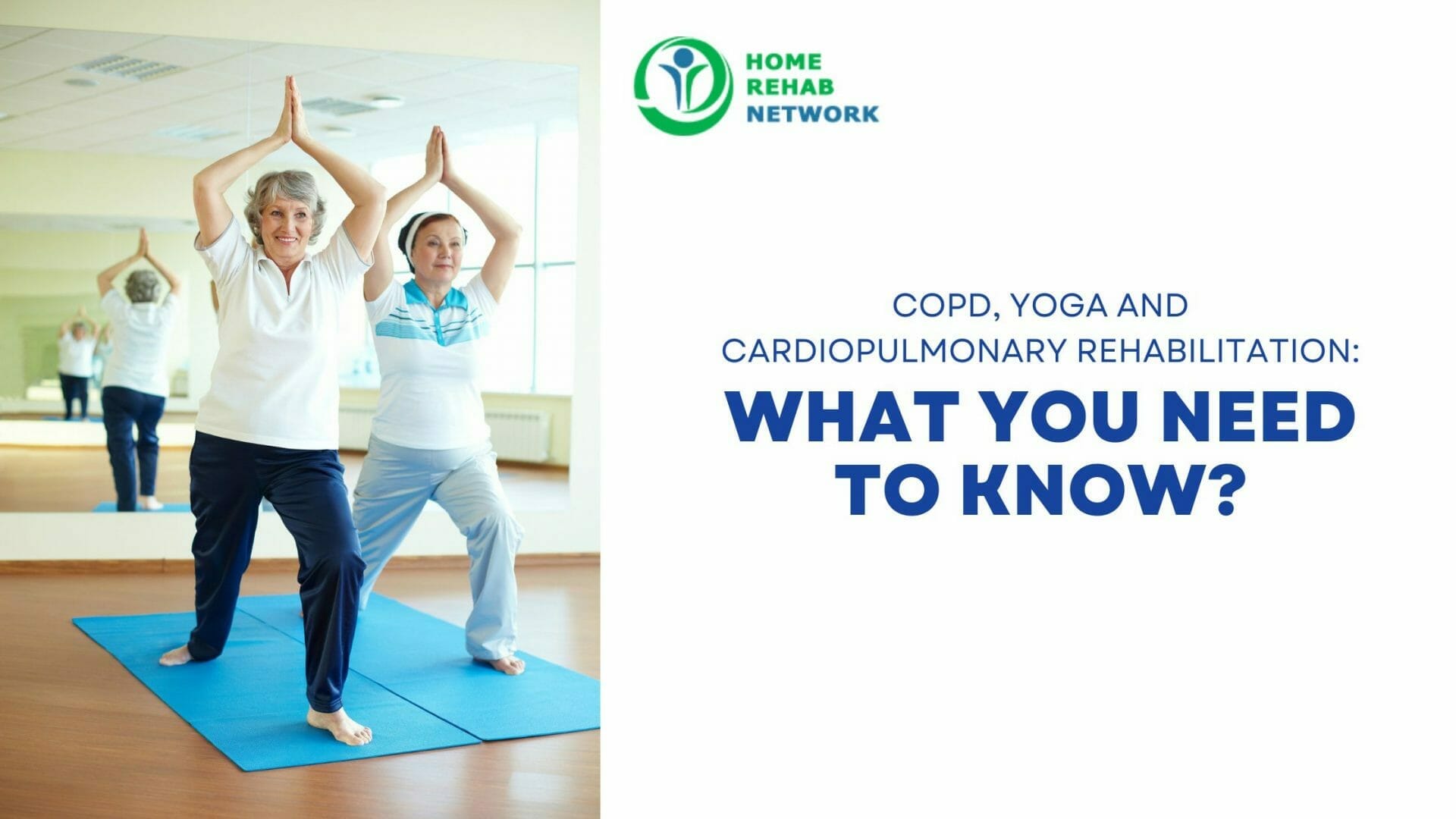 COPD, Yoga and Cardiopulmonary Rehabilitation: What You Need to Know 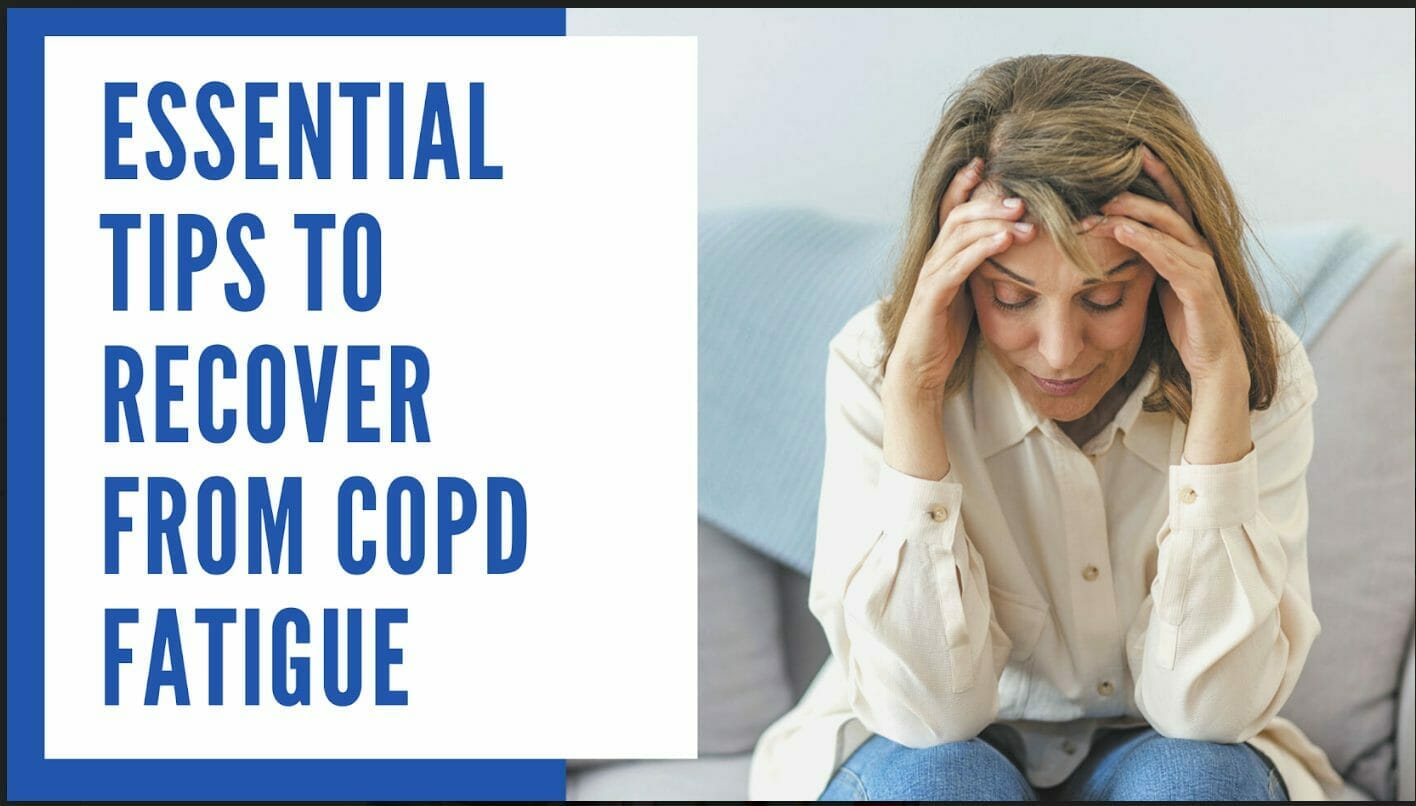 Q and A: Cardiac Rehabilitation – We Answer All Your Questions
November 29, 2022Alexander Grichuhin